April is all these things, but one thing she isn’t?   A victim.

In 2014 April found herself in an abusive relationship with her live-in boyfriend, where things got so bad that she was faced with this choice:

Either die drowning OR lift herself up and make a change.

She decided to lift herself up and went on to not only shift the course of her life, but become empowered to help others do the same.

April thrilled us when she agreed to share her POWERFUL story with our readers.  It’s the first of many we will be sharing of women who were once vulnerable, but experienced the transformation from Survive to Thrive. 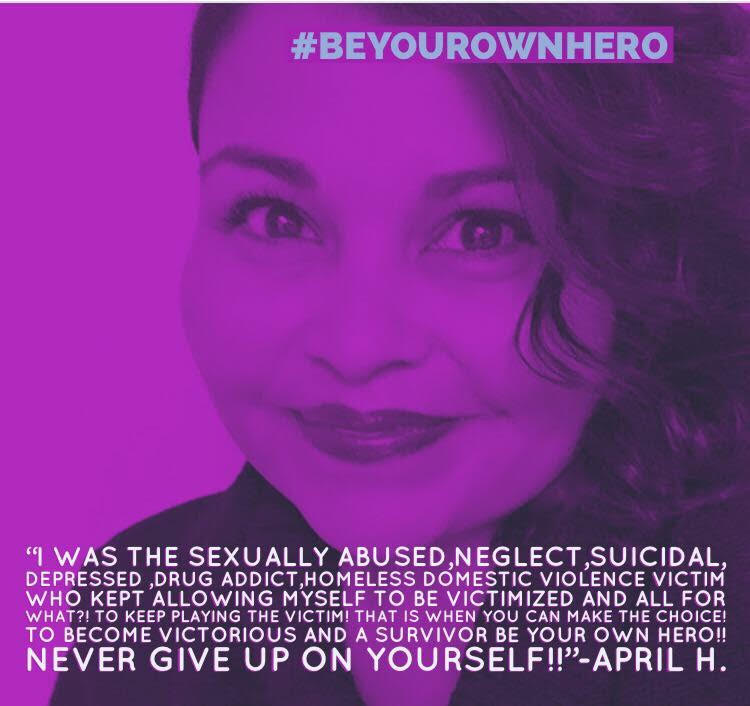 One Woman’s Journey From Victim to Survivor

When you meet April Hernandez, the very first thing you notice is her sweet smile and full, inviting laugh that seems like it could soften any heart it touches.  If you didn’t know her, you’d probably never suspect all that she’s overcome in her lifetime.

As April says though, she is a self-proclaimed “Open Book” now, and it’s because she no longer lives in fear or shame and is NO LONGER A VICTIM.

We really didn’t have to do any digging when we sat down with her.

She simply asked, “How should we start? I’d be happy to share my story!”

April went on to do just that, describing her experience starting with getting pregnant at 18 and marrying a man who turned out to be an abusive partner.

She stayed married to him for several years and they even had a second child together, but eventually the abuse became unbearable and she left the marriage.

After leaving her husband, she met a new guy and at first he seemed great.

They moved in together and then quickly things changed.  He turned out to be an abuser as well becoming extremely physically violent.  It got so bad that at one point April’s boyfriend put a knife up to her throat threatening her life.

That was the turning point for April. That’s when she decided to make a change.

She left that man for good and dove straight into trauma counseling to get some help.

“My plan was to deal with the abuse I just endured, but then I was faced with all these other childhood issues popping up that I too needed to address.”  —April H.

Through the process of working with a counselor, it came out that April had been molested at age 8 and was pretty much suffering with depression all her life leading her to deal with food disorders and even attempting suicide.

She learned as well that she had been growing up in a verbally abusive household her whole life but just didn’t know it, and that there was this pattern that needed to be broken.

Growing up, April says, she believed all her life that she must have been a bad kid and that’s why she was acting out the way she was.  Thankfully though after all those years, this particular counselor was the one who finally helped her see that wasn’t the case at all and helped her begin to heal.

Like so many, April’s healing has been a process.

But believe us when we say she absolutely beams when she says that she feels “SUPER STRONG NOW.”

Her major message that she shares with everyone she comes into contact with is all about Empowerment To Become Your Own Hero.

To NOT be ashamed for what you’ve gone through, because we can ALL pick ourselves up and start living better.

After regaining her own power, April decided she wanted to start taking classes to become an Advocate for other Domestic Violence victims.

She believes strongly in the POWER of “giving back to those who have been in the same dark places we’ve been.”

April’s been passionately advocating for victims of Domestic violence for almost 3 years now and says she absolutely loves it.  She gets to counsel victims in times of distress, help them with their immediate needs as well as connect them to vital resources like shelter and other services.

Above all though, she encourages victims to become Survivors and GAIN BACK their Power and Self-Confidence.

From Survive To Thrive:  April Hernandez

April is doing AMAZING now working with kids fighting their own battles against chronic illness at a Pediatric Endocrinology clinic in Orange County, CA.

She says she’s inspired everyday by their STRENGTH and loves to do all she can to put a smile on their face.

She enjoys spending time with her 2 beautiful daughters, and new incredible, loving boyfriend who is a survivor, himself, of brain cancer.  April says they’re both fighters in their own way, and each INSPIRE each other to keep going no matter what.

April is looking forward to getting involved in advocating for the vulnerable women Wando International works with as well, many of them sharing similar experiences with domestic violence.

We’re always excited to meet and come alongside women like April Hernandez who are empowering other women to thrive AND become the best versions of themselves.

We hope you were just as inspired by April’s story as we were, and take with you that it’s NEVER too late to empower yourself and become your own HERO! 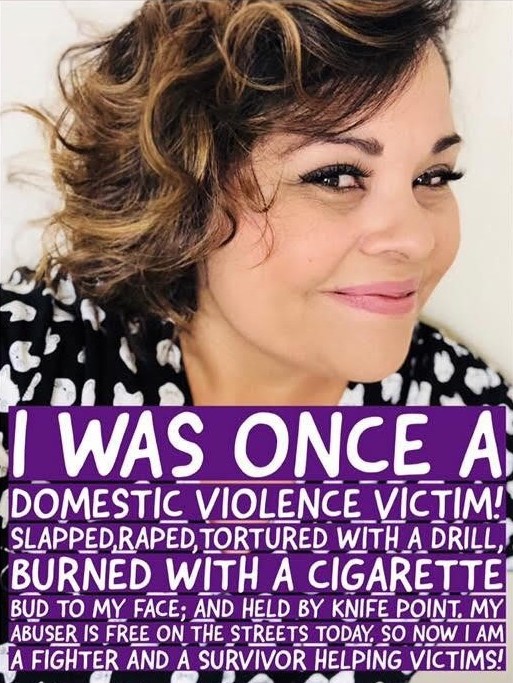 About the Author: Elizabeth Lozano